Stellar Physics Department studies the Universe over a wide range of electromagnetic radiation from stars in the Solar neighbourhood, stellar clusters to galaxies and quasars in the distant universe.

The department has working groups 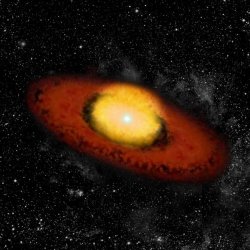 The main focus of the group is the study of hot stars, for example B stars. These are massive and very luminous stars and some show the presence of a stellar disk. The origin and the physical properties of these disks are poorly understood. Research programs of these stars include spectroscopic analyses and numerical modeling of stellar atmospheres and winds. The spectroscopic data are obtained with the 2m telescope at Ondřejov and with telescopes at other observatories. Since 2004, we have expanded our research to hot subluminous stars, including white dwarfs and hot subdwarfs, with strong emphasis on detailed modeling of optical and ultraviolet spectroscopy. The spectroscopic data are obtained at observatories in Chile and United States, as well as with space-borne telescopes.
Since 2007, the group is participating in the ESA satellite project Gaia, which starting in 2012 and for a duration of about 5 years will systematically measure accurate positions, luminosities and radial velocities of stars brighter than 20th magnitude. In 2020, the PLATOSpec project was launched, which will be a new spectrograph mounted on the E152 telescope at the ESO La Silla observatory in Chile. More project information can be found here: stelweb.asu.cas.cz/plato

Operation and development of the 2-m telescope 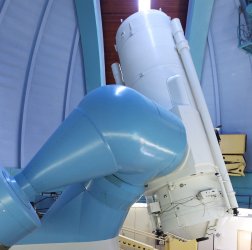 The 2m-telescope working group oversees the maintenance and upgrade of the largest optical instrument in the Czech Republic. Observations are conducted primarily at the coudé focus (60m) with two spectrographs a classical spectrograph with three cameras available with their foci ranging from 400mm up to 1400mm, and the Ondřejov echelle spectrograph (OES). In 2007, the group took part in the automation of the CCD400 camera and OES. The operation of both spectrographs is now fully automated and all images are archived at the stellar department. Reduced data are available on a database accessible only from the institute network. 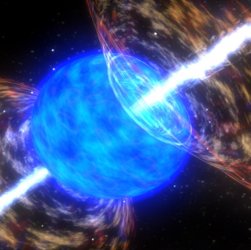 This group’s research interests are in the studies of galactic and extra-galactic high energy sources that emit in the optical, X-ray and gamma-ray spectral regions. Objects that are studied are various types of X-ray binaries, gamma-ray bursts and their optical afterglow, AGNs (for example blazars). This group participates in ESA space projects INTEGRAL, Gaia and XEUS, and collaborates with NASA on the Constellation X project. The group has developed and operates robotic telescopes (BART, D50, BOOTES) that are capable of responding to data obtained from satellites, in particular obtaining optical data following gamma ray burst detections. Other data are obtained from astronomical archives – the time coverage of some objects can be as long as 100 years and such data provide information about the long term behaviour of these objects in the optical range.