The Stellar physics department is one of the four departments of the Astronomical Institute of the Czech Academy of Sciences (ASU). The department conducts cutting-edge research across a broad spectrum of modern topics including physics of hot massive and low-mass stars, extrasolar planet research, and high energy astrophysics.

The department operates the largest optical instrument in the Czech Republic, the Perek 2-m telescope. Other telescopes available for observations are the D50 telescope and the BART robotic telescope, both devoted mainly to observations of γ‑ray burst afterglows.

The department is organized in three scientific working groups, namely Physics of Hot Stars, Extrasolar Planet Research, and High Energy Astrophysics. The fourth working group, Operation and Development of the Perek 2-m Telescope, is more technical and its task is to maintain the Perek's 2-m telescope and its instrumentations. The research of this group is focused on studies of massive hot stars at their different evolutionary stages. The studied objects can be either single or in binary or multiple systems. Furthermore, the group is involved in observational and theoretical investigations of the chemistry and dynamics of the circumstellar material of evolved massive stars. The research of massive stars is complemented by studies of low-mass stars in late evolutionary stages. Theoretical studies in modelling stellar atmospheres with a natural focus on hot massive stars are also a part of the group's research.

The group is also involved in astroinformatics research in order to develop new methods and tools to deal with the exponentially increasing amount of data in astronomy.

The research topics of the group are: 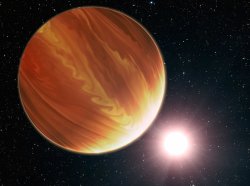 The research of this group is dedicated to detection and characterization of exoplanets. The group use transits observations and spectroscopic radial velocities measurements to detect and characterize exoplanets, their atmpspheres and exoplanetary systems. The group use large graound based telescope facilities but also Ondřejov Perek 2-m telescope equipped with a Echelle spectrograph. The main targets are planetary candidates detected by Kepler/K2 and TESS space missions. Currently, the members of the group are working on the project of refurbishment and installation of a new spectrograph (PLATOSpec) at 1.52-m telescope at ESO La Silla Observatory (Chile). This device should serve as a ground based support for future space mission PLATO.

The group is coordinating an ERASMUS+ grant for which a public lecture series is planned. 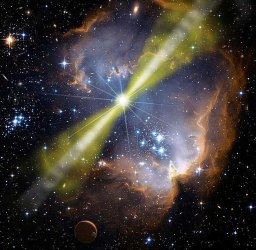 The research of this group includes studies of energetic galactic and extragalactic cosmic sources with energies extending from the visible the far UV through, X-rays and into the γ‑ray band. The group focuses its activities on multi-spectral analysis of gamma-ray bursts, their optical afterglows and other active objects. Members of the group has been involved in high-energy satellite research, and also maintain collaboration with a future ground-based facility – The Cherenkov Telescope Array (CTA), which is being built at two sites of La Palma and Paranal. The group has been operating two small robotic telescopes – BART robotic telescope and D50 robotic telescope. The members of the group is also involved in space projects of the European Space Agency INTEGRAL, Gaia and XEUS, and with NASA (in collaboration on the Constellation X project). The group regularly organizes international conferences and workshops, e.g., International workshops on Astronomical X–Ray Optics (AXRO) and other.

Operation and Development of the Perek 2-m Telescope The main task of this group led by Miroslav Šlechta concerns maintenance and upgrading of the Perek 2‑m telescope in Ondřejov. The Ondřejov 2-m telescope is the largest optical instrument in the Czech Republic. The telescope has been in operation since 1967 and has become a national instrument for astrophysical research. The most significant and fundamental upgrade of the telescope during last decades was performed in 2019. The optical configuration was completely changed. The optical fibers from the primary focus to the coudé rooms, where the spectrographs are placed, were installed. With this upgrade of the telescope, higher efficiency and extension of the observational limits were achieved, it is possible to observe fainter objects and broaden the number of observing programs. Besides the upgrade a photometric camera for direct imaging is now installed in the pimary focus.

This modernization opens new horizons and offers Czech astronomers a device that will stand up on an international scale.